Domestic Abuse is a Pattern, Not an Incident

What people often expect abuse to look like is certain types of incidents like yelling and hitting.

Additionally, even if incidents of that nature have occurred, most people are still not ready to identify it as abuse.
Their thinking may be something like this:
“Did he slap her once? Yes. But that doesn’t mean he’s an abuser. It was just one time that he let his temper get away from him and he apologized for it.”

But actually abuse isn’t incidents of yelling and hitting (although it can certainly include those.)

And abuse isn’t even about multiple incidents of yelling or hitting.

Abuse isn’t about incidents at all.

Abuse is a pattern of power and control that one person exerts over another. 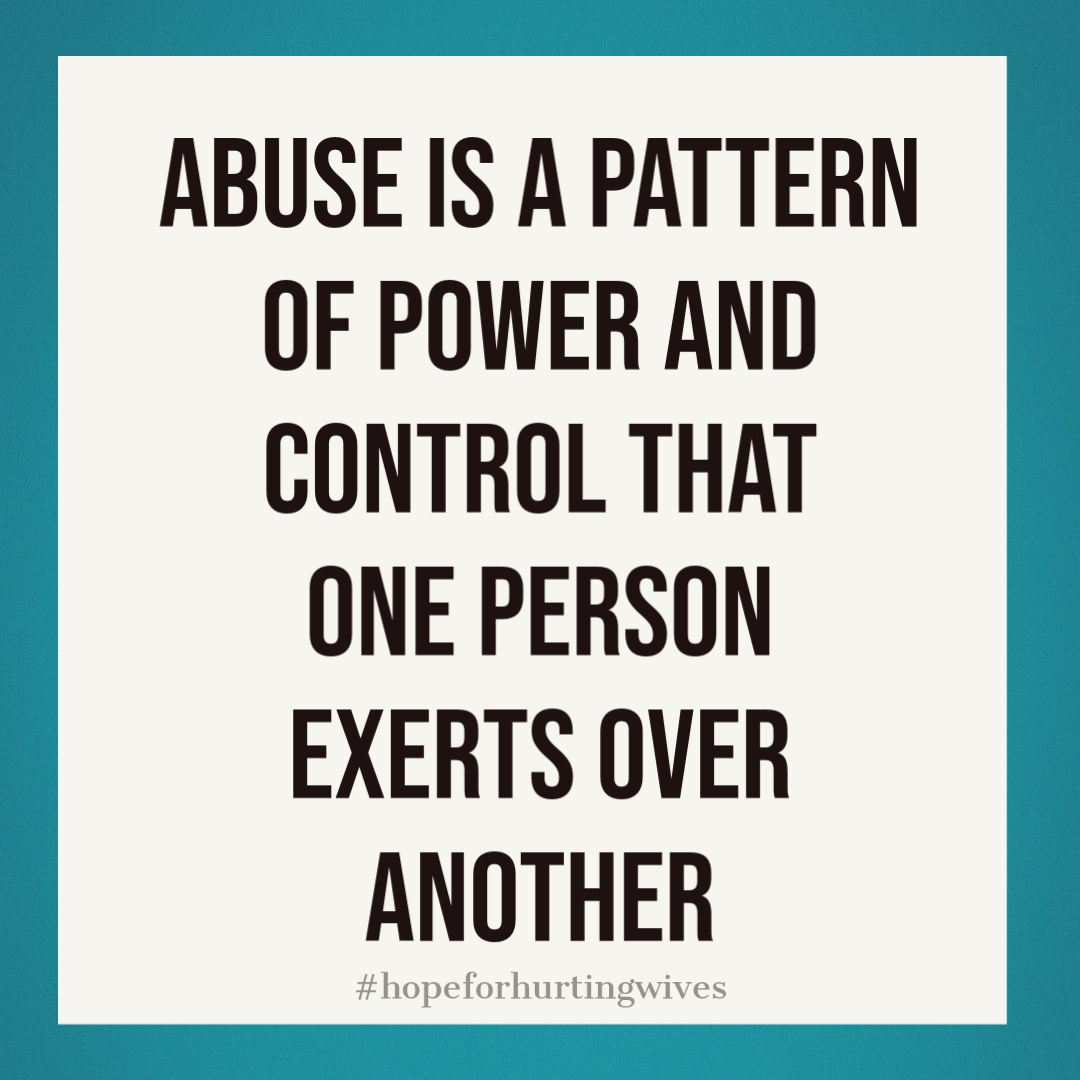 This power and control is exerted through all manner of tactics, whichever the abuser finds to be most effective for his particular victim.

Some of these tactics include:

So it’s not necessary for any “incidents of abuse” to have ever been present for a relationship to be classified as abusive.

Instead, the abuser tells a lie here and belittles there. He withholds money from her here and lectures her all night there. He gives the silent treatment here and yells there. He takes away her phone here and drives recklessly to terrify her there.

The victim is constantly in a state of breath-holding, hoping that this time there won’t be another incident…until there is. She might not seek help for a very long time because each individual incident doesn’t seem to hold enough weight in her mind to merit calling it abuse. (“It was just a slap. He didn’t actually hit me.” “Getting yelled at and called names hurt really badly, but that’s all he did. It’s not abuse.”)

But if a victim were to track the bigger picture, they’d see a pattern emerge.
They’d see that:
•my spouse lies to and about me
•my spouse punishes me when I do things they don’t like
•my spouse makes me feel afraid and then hopeful that this was the last time…over and over again.
•my spouse hurts me with their words
•my spouse does wrong and then blames it on me
From a zoomed out angle, abuse can be seen for what it is.

But because there is a such a wide variety of tactics, each individual incident can be rationalized away.

This is dangerous both for the victim and for those whom she might speak to as she seeks to discern why she is feeling unhappy and unsafe in her marriage.

A pastor or counselor who does not understand how to identify the overall pattern of coercive  control might affirm the victim’s confused thinking. (“He’s only slapped you once and he apologized for it? Yes, you just need to forgive and move on.”) But if they knew how to look for the larger pattern they could see the many other ways that the abuser exerts power and control over the victim.

Many victims are told to go home and stop dwelling on one hurtful incident, but what the counselor didn’t understand was that one incident represented a lifetime of abuse perpetrated with all kinds of other tactics.

Many women* never experience physical violence because this large combination of other tactics is sufficient for the abuser to keep her under his control.

But the moment she resists a less-violent form of control, the abuser will escalate and choose another tactic to put her back in her place.

Wherever there is a pattern of of coercive control, that is an indicator that the victim is not safe. Abuse always escalates over time.

Perhaps you’ve not experienced or witnessed a particular incident that fits your idea of abuse. But when you understand that abuse isn’t about incidents but it’s about a pattern of control, you will begin to understand how things like name-calling, mocking, or emotional neglect can indeed be domestic abuse.

I encourage you to sign up for the email list and download the Checklist of Controlling Behavior. This checklist will help you identify patterns of coercive control. 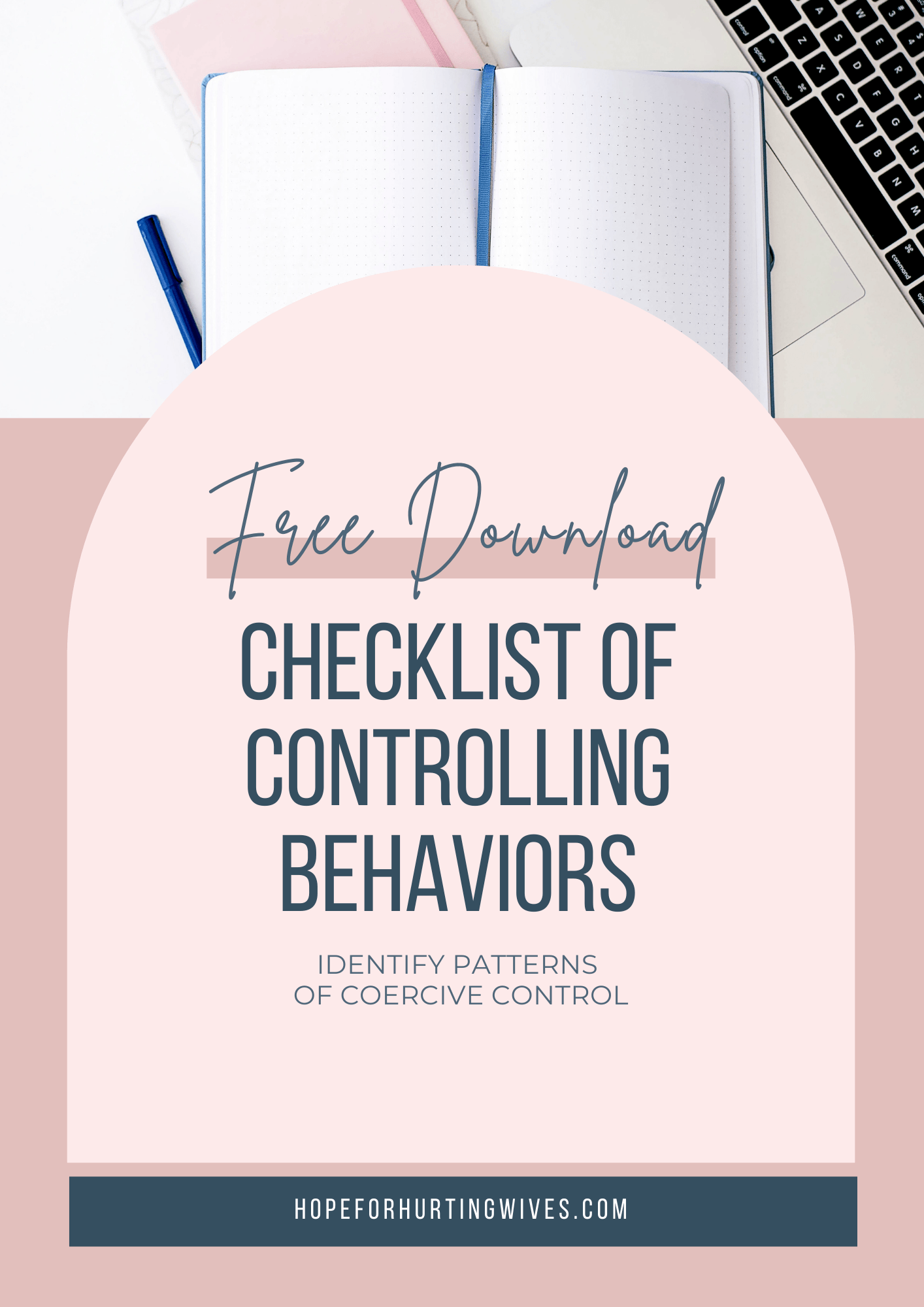 Sign up for the email list and receive the Checklist of Controlling Behaviors to help you identify patterns of coercive control.

(If it is unsafe for you to receive emails of this nature, enter hopeforhurtingwives@gmail.com as the email address. This box will disappear and a download link will appear here.)

We will never share your email address. Read our full privacy policy here.
Thanks for signing up Download the Checklist of Controlling Behavior. (It will go straight to your downloads folder.)


