One thing I get asked to do fairly frequently is to give my opinion about various marriage books and whether the material in them is safe for abuse victims. (The vast majority of Christian marriage advice is harmful to those in abusive marriages.)

This post will address the book Married Sex by Gary Thomas and co-authored by Debra Fileta. There are numerous problems with this book that I will share below. 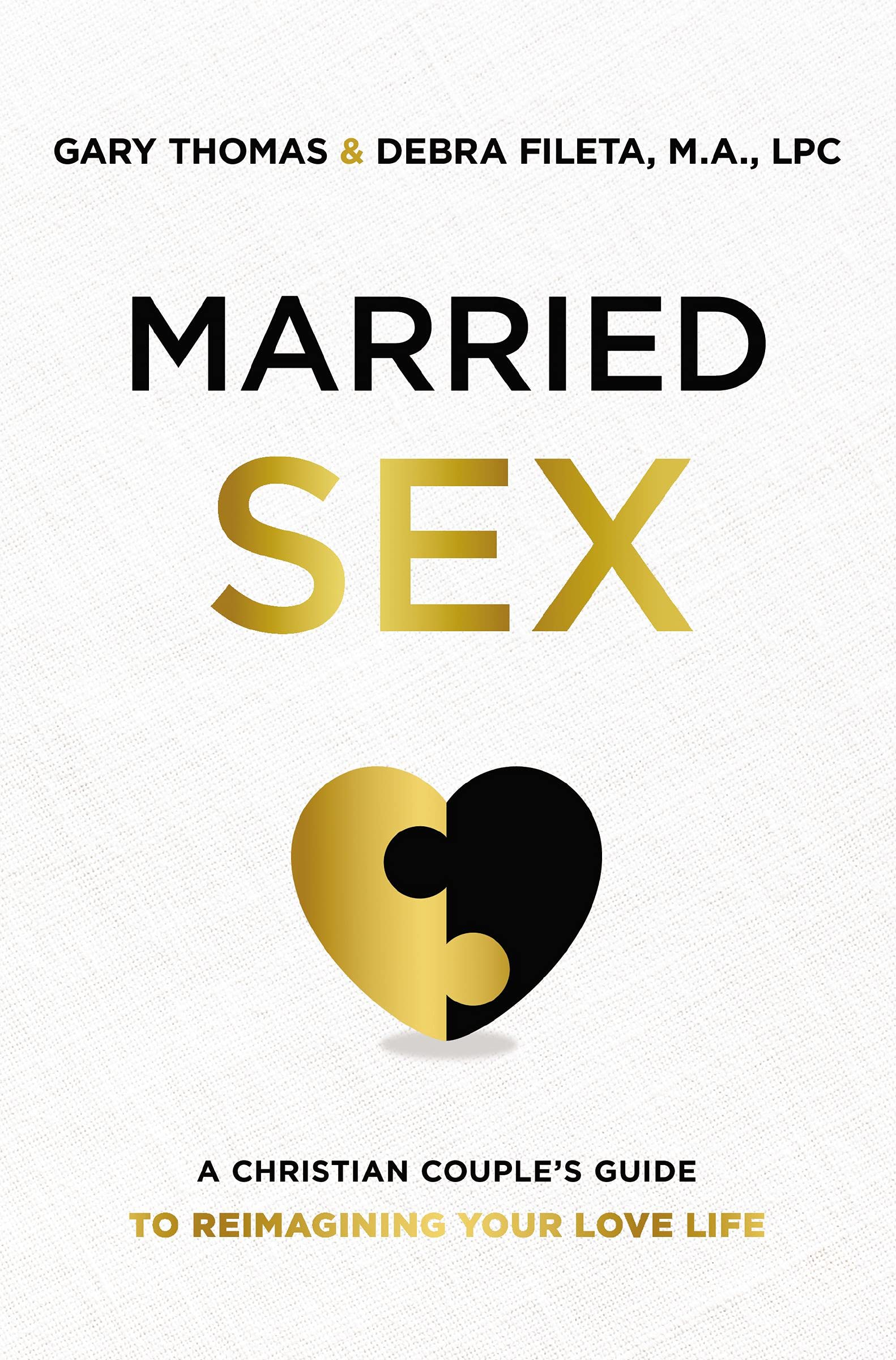 Problem 1:
This is the same problem I have with nearly every marriage book I’ve ever read. From the get-go, the author establishes his book as authoritative, straight from God. Right away, this puts the reader in a frame of mind that what they are reading is true. If God said it, the reader needs to what it says.
In reality, just because someone adds Bible verses to their content, that does not by default make their words absolute truth. 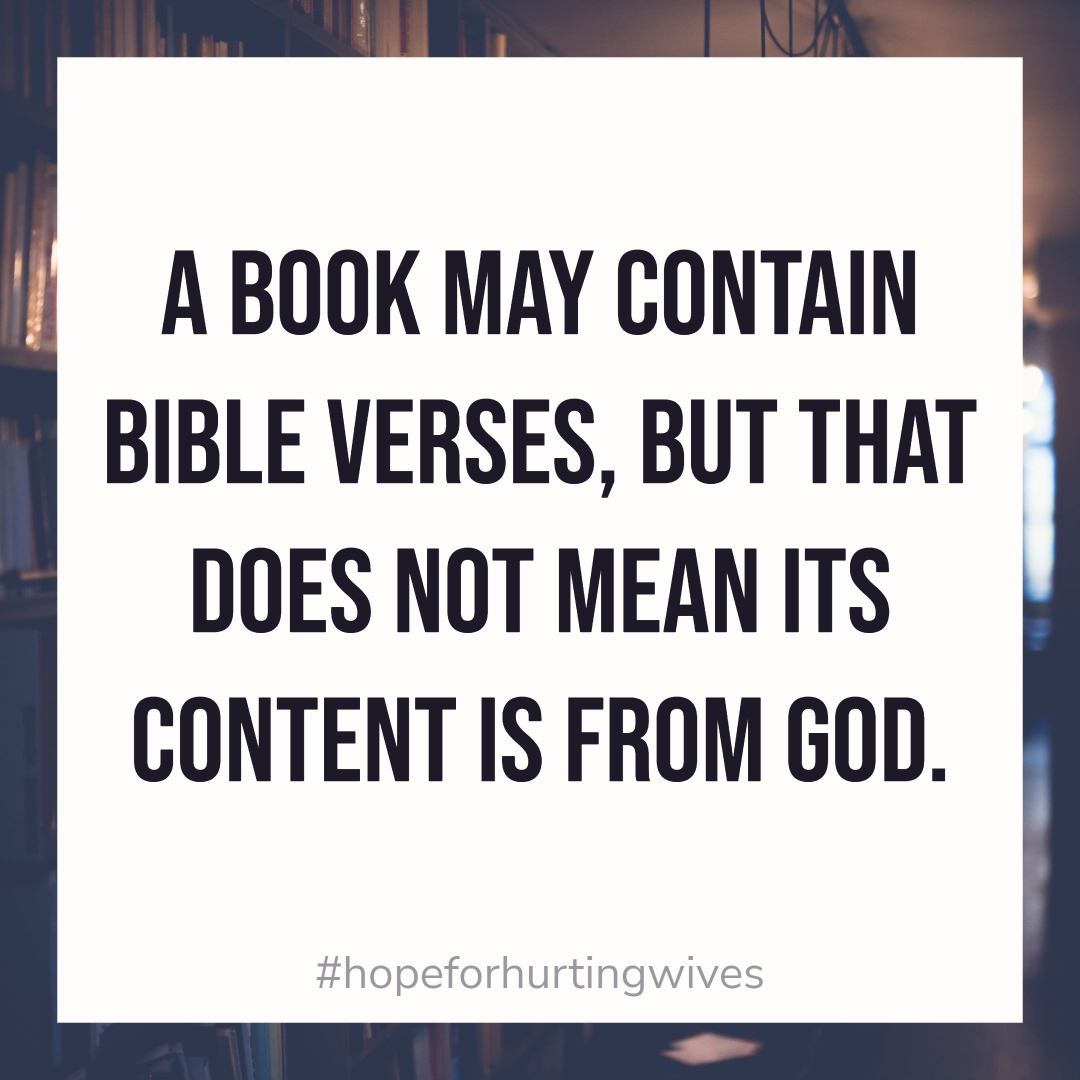 Here are some of the spiritually manipulative phrases that were used:

The author uses Song of Songs as his main proof text for all these things that are supposedly “God’s plan for sex,” but in reality the things being pointed out were specific details within that couples unique relationship.

Not every couple is obligated to incorporate all the specific details of someone else’s sex life in order to be “honoring and obeying God” with their own. If we followed that logic, every couple in the world is most likely failing to honor God in the bedroom. I mean, I doubt most couples are whispering to each other that their teeth are like a flock of sheep!

If spiritual manipulation isn’t enough to convince readers of the authority of their words, the authors add another layer by pairing “God’s truth” with “important psychological and scientific research.” You just can’t argue with this book – it’s backed by God and science! (However, the psychological and scientific research that’s used in the book is outdated and has been shown by others in the field to have major errors. [More information on that here.])

Were the authors intentionally being spiritually and emotionally manipulative when they claim they are speaking on behalf of God and science? I don’t know. It wouldn’t be fair for me to ascribe motives when I can’t see their hearts and minds.

When a book begins that way, I don’t even need to know any more. It’s enough for me to put it down and walk away.

However, if you are like me and can’t rest until you know all there is to know about a topic, then read on. I will share another huge problem with this book.

Although I imagine the authors would emphatically say otherwise, and though they did give a standard caveat that it’s not intended for those in abusive relationships, this book does in fact enable abuse. (These are some of the myths that authors assert when people say their work enables abuse.)

There are threads of power and control running rampant throughout the book. And where the authors have stated that mutual love and servant-hood should characterize a marriage, they have then contradicted those statements by their illustrations or with other statements that imply the opposite.

In conclusion, I’ll briefly mention the last two problems I had with this book:
Problem 3: It is pornographic.
Maybe that’s a strong word, but there’s no other way I can put it. Both Gary and Debra use graphic sexual imagery from both their own marriages and that of others. None of what was shared required the language used in order to make the point. The same information could have been relayed with much more generic language. They facilitated a forum of people that they used to collect information for this book, and it really bothered me that they were not only okay with graphic, intimate details being shared in a co-ed setting, but they intentionally set it up and facilitated it, then shared graphic details from inside real people’s bedrooms to the world.
Problem 4: It is demeaning to men.
Gary Thomas believes that a man can “be more and do more as a sexually satisfied man”, that “having sex gives him more energy, more zest for life, more engagement in his marriage and parenting, more zeal to serve God, and success in his vocation.”
So in other words, if your husband is a deadbeat dad it’s because you’re not giving him enough sex. If your husband is spiritually weak it’s probably your fault because he’s not sexually satisfied, and if he treats you like trash because he’s stressed at work? You guessed it. Sex will fix that too.
I suppose single men are depressed, are not very zealous for God, and are not very successful in their vocation.

The world is full of women who love God and who love their husbands, yet they are not being honored as people made in the image of God. They are looking for the answers to the pain they feel from being degraded all the time. They just want their marriage to be good! They see a book written by a pastor that claims to address the problems they’re experiencing and offers hope for making their marriage better.
And what they learn is that they should choose to stop being selfish, and that their man doesn’t have spiritual zeal because he’s not getting his needs met in the bedroom. They feel guilty because they’ve had no desire for their husband due to the awful way he treats her, but now read that they’re just being selfish.
It’s all her fault! He treats her badly because he’s not spiritually strong, but he’s not spiritually strong because he’s not sexually satisfied!
No, it’s not all her fault. And I am tired of book after book after book promising to be something different and groundbreaking and offer hope when they’re all the same. They all follow the same formula:
1. Put in some Bible verses so that your words sound authoritative.
2. Write your own personal opinions about what you think men and women ought to do and claim they’re “God’s unchanging truth.”
3. Be totally clueless about what abuse looks like and include lots of abusive illustrations that you portray as good.
4. Put in a token disclaimer that you’re against abuse, so you can say it’s not your fault when the book causes immeasurable harm to people.
This must stop. Hope for marriages isn’t found in the words of anyone’s bestseller. Hope for marriages is found in ungodly people repenting of their sin. It’s found in women being told what abuse is and that they are free to walk away from it. It’s found in spouses taking responsibility for themselves instead of husbands being told that the key to their heart is for their wives to pleasure them a certain way.

I’m tired of people pretending to be God’s spokesperson, who shall not be questioned, while a trail of broken, bloody bodies lies in their wake.

Modesty Doesn’t Belong in a Conversation about Rape