I have often found in conversations about abuse that some people express the sentiment, “I would never let anyone abuse me.”

This sentiment can quickly devolve into a lack of sympathy for the victim. It almost seems to the bystander that it is the victim’s fault because she allowed herself to be treated that way.

First, I’d like to address the fact that most of the time it is not a deficiency on the victim’s part, but in actuality it is her strength of character that leads her to overlook red flags of abuse.

Second, it is important to understand how subtle and gradually abuse occurs. If you have never been in those shoes, it is difficult to imagine. But let’s trust those who have been there, ok? Some of the most intelligent, independent women* have been targeted by an abuser’s manipulative mind games. The illusions are strong enough to deceive any of us.

Finally, let’s address a concept called hyper-tolerance. Hyper-tolerance is defined as “A frame of mind in which abnormal behavior becomes normalized.”

So what happens is that a person has a background where they are never taught the concept of personal boundaries or they do not understand how to enforce their personal boundaries. Some have been deeply immersed in environments where it is considered virtuous to ignore one’s own discomfort in the name of being polite.

Here is an example:

Let’s say your church gets a new pastor. The first time you meet him in person, he shakes your hand in a way that makes you feel uncomfortable; it’s more like a caress than a causal handshake. But rather than yank your hand away, you smile your way through the uncomfortable encounter. After all, this man is the pastor, not a creep! It would be inappropriate to be rude!

The next time you see him he shakes your hand in the same uncomfortable way. Again, you don’t want to be offensive, so you let it be.

The next time it is the same thing. No one else has voiced any concerns about it, so you conclude it must just be the way he is. Perhaps he is trying to be grandfatherly. Perhaps he is being over-zealous to show how much he cares about his congregants.

Over time, those handshakes begin to last longer and longer. He cups your hand within his while he talks to you, not letting it go. Each time you tell yourself not to offend him. You can’t extricate yourself from the situation without being rude, and you are too polite to be willing to be rude to the pastor! That would make a scene, and what would become of that? You’d have to explain why you made a scene when all the pastor was doing was talking to you right in public! To make a scene and insinuate that you felt sexually harassed would be more embarrassing for you than it would be for the pastor.

As time goes on, in spite of the uncomfortable hand-holding, you begin to believe that this pastor genuinely cares about you. He is always there to listen and give good advice when you are struggling. He is ready to help when you have a need. He is always there for you when no one else is. You have gotten used to the hand-holding by now because this is obviously just the way he is. The next time you are distressed, he offers a comforting hug…except that it feels a little too long for your comfort. But he’s the pastor! It would be rude to yank yourself from his embrace when he is merely being compassionate! You trust him. He’s proven that he is only demonstrating grandfatherly, pastoral concern for you.

But each time you allow your personal boundaries to be crossed without expressing to him what those boundaries even are, you are erasing the line and re-drawing it closer to you until eventually, there is no line left. You will wonder how things progressed from an uncomfortable handshake to being groped by the pastor in his office…or worse.

Abuse doesn’t start with an egregious offense. It happens one small instance at a time of believing that you should just be “nice.” Inch by inch your boundaries are violated and inch by inch you believe you should overlook this thing and rationalize that thing until suddenly you realize you’re being subjected to more blatant abuse and you’re not quite sure how you got there.

Although an example of a sexual abuse situation was used above, this process is the same for any type of abuse.

The abusive process is made of many small acts, and by the time the victim realizes how bad the situation is, they are thoroughly ensnared in the abuser’s net. It didn’t take place because of the victim’s stupidity; it took place because the abuser took advantage of the victim’s good qualities and because our culture has conditioned us all to always be polite and never risk offending someone else.

Instead of looking down on victims as if the abuse is their fault for “letting someone else treat them that way”, it’s important to realize how subtle and gradual an abuser’s tactics can be.

The responsibility rests on the shoulders of the abuser, not on the victim. 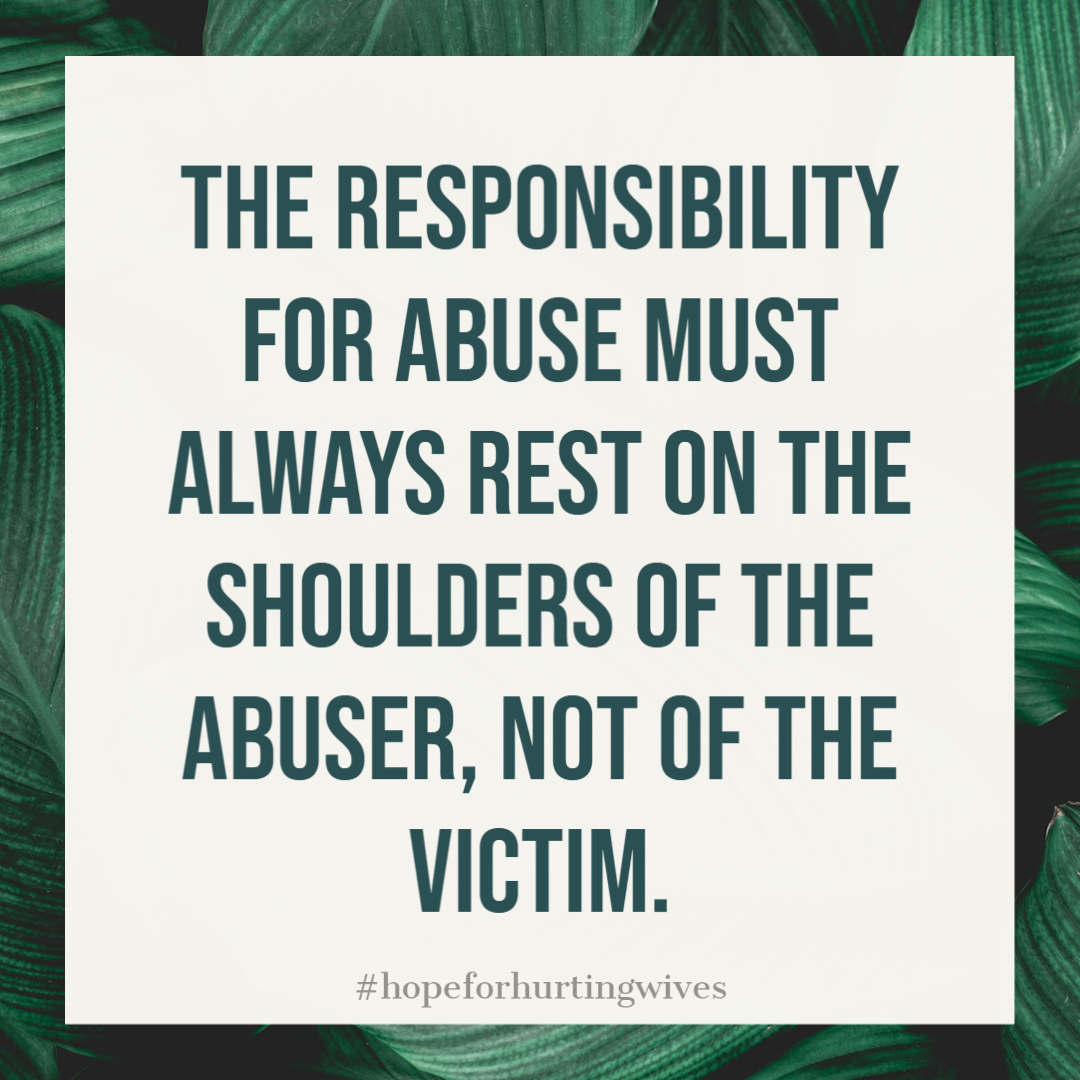