Modesty Doesn’t Belong in a Conversation about Rape

When I shared this on Facebook, encouraging parents to make sure their daughters know that rape is never their fault, I received a reply that said,

It is perfectly possible for either party *or both parties* to be at fault. The Holy Spirit-inspired Scriptures make it pretty doggone clear that women can seduce by their dress.
And every honest woman in the world knows this. We all know that women often dress for dates with the intention of making themselves sexually appealing. Women go clubbing with the intent of inspiring guys to have sex with them. The Bible calls this sin. If they willfully throw stumbling blocks in front of men, and men do, indeed, stumble, both parties are at fault.
Does that mean that HIS sin is HER fault? No. Does that mean the ONLY way a man can sin in this area is if she did first? No. But we do the whole church a disservice when we throw ourselves from one ditch into the other by refusing to acknowledge that in many cases, a woman sinned by dressing immodestly AND a man sinned by taking advantage of that.”

Here is my response:

First of all, we are talking about a homeschool/Christian school curriculum for high school girls. Girls who, for the most part, will be in environments where very conservative standards of dress will be in place, and where they’re not old enough to go clubbing, and are in churches where most likely that wouldn’t be a consideration in their mind anyway.

Fast-forward through the lives of these girls, and now you have college aged young ladies attending the conservative Christian colleges where this type of material is produced.

They are in an environment with strict dress codes and rules about physical contact, and yet they are being taught that their dress causes a guy to rape them.

What do victims of sexual assault in these environments (and there are many) think when they read that “both parties may be at fault?”

Are they to conclude that they should have purchased a blouse 2 sizes too big so no one could see their curves? Was it the God-created shape of their body under their high-necked blouse which caused a man to “stumble” and therefore rape them? (Far, far too often, they are actually told this. They are to blame while their “poor, repentant” abuser walks free and receives sympathy because the poor man was just bombarded with the onslaught of curves in his vision and couldn’t help himself. But he wants so badly to do right, the poor thing, and these terrible womenfolk just need to make his life easier and hide their curves better.)

So right off the bat, I have a problem with jumping to the “but women who dress like harlots shouldn’t be surprised when all men want is their body” idea – because the curriculum in question is not talking to seductive women in the club. It’s talking to conservative high school girls.

But, moving on to the discussion about women who dress and act seductively in the club, I do have a couple thoughts about that as well.

I agree that it is wrong for a women to intentionally seek to sexually entice a man by her dress and deportment. But the point of this conversation was where to place the blame for a rape.

No man has ever accidentally raped someone. It’s not something he “stumbles” into. Rape is a crime committed against a person; not something in which the victim willingly participates, and certainly not something they asked for.

Second, a conversation about women who dress and behave loosely needs to be addressed with much nuance, and a ton of empathy. So many women who behave this way do so because they have already been victims of sexual assault or other types of abuse, and often from the time they were a child. They have learned through the behavior of others who should have been safe people in their lives that they are only “loved” and valued for their body, and they live within that framework. So often it’s all they know. There’s a time and a place for them to find healing and to learn that they are worth so much more and that they are loved unconditionally by God and they deserve to be truly loved by others too. But a conversation about rape is not the time and place to bring that up.

As a comparison, in my work with domestic violence victims, these women often have personal issues that they have to work through. (We all do! We’re all a work in progress, and should always be looking at areas of our lives that do not reflect Christ and adjust accordingly.) But when a woman is seeking safety from her abuser, it is not the time and place to say, “Abuse is wrong, and I support you, but also, let’s talk about how you could have been more Christlike.” It is time to get her to safety, help her get a restraining order, seek justice for crimes committed against her, etc. 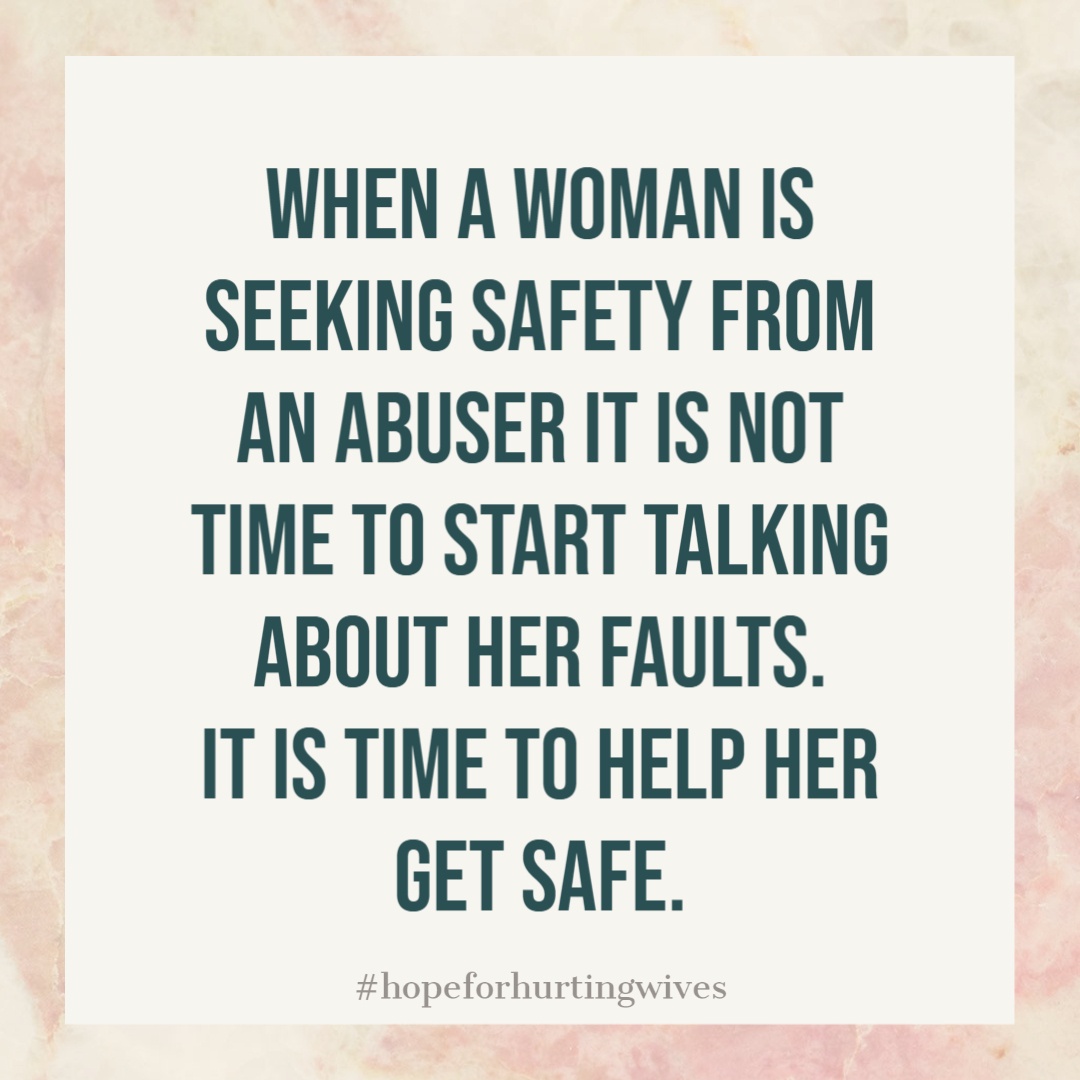 So many women are left traumatized while the abuser walks free with no accountability because the women are told they need to “work on their own issues.” There’s a time and a place for her to heal and do her own work. But her imperfections didn’t cause the abuse! Her past wounds did not cause the abuse! She did not make choices on the abuser’s behalf…the abuser is 100% responsible for the abuse and needs to be held accountable.

Likewise, when someone has been sexually assaulted it is not the time to talk about whatever issues she may need to work through. It’s time to make sure she is safe and make sure the rapist is brought to justice. The mentality of “Rape is wrong, but…” only emboldens abusers.

The culpability for rape belongs on the rapist; not the victim. Let’s not distract from justice and accountability by changing the subject.