Why Every Christian Should Care about Domestic Abuse

As someone who has not personally experienced domestic abuse, I’ve been asked why I care so much about this topic.

My answer is how can I 𝑛𝑜𝑡 care so much?

Must something affect me directly before I can care about it?

The pattern I often see played out in conversations about abuse is baffling to me.

When those whose lives have personally been destroyed by the evil of abuse speak out, others assign motives to them in an effort to silence them. They are told things like:

Yet when I as a bystander who
a. is not “speaking out of my trauma”
b. has no logical reason to “hate men”
c. has nothing about which to be “bitter”

tries to speak out on behalf of abuse victims and survivors, I am told that I

So, if abuse survivors should not be speaking up on their own behalf because they’re not objective enough, and if I shouldn’t speak up on their behalf because I haven’t walked in their shoes, exactly who should be standing up for the oppressed?

Jesus said that he was sent to heal the brokenhearted and bring liberty to the captives. (Luke 4:17-18)

God is a refuge for the oppressed, and that those who honor him will have mercy on the poor. (Psalm 9:9; Proverbs 14:31)

We should care for the fatherless and widows, and we should open our mouths and judge righteously on behalf of the poor and needy. (James 1:27; Proverbs 31:9)

I believe that the heart of God can be seen all throughout scripture. Jesus came to dismantle systems that allow wickedness to flourish and to elevate the Kingdom of God’s righteousness.

Attempting to silence the voices of those speaking out against wickedness does the opposite of what Jesus came to do.

Then there are those who do not actively try to silence the voices who are crying out, but neither do they seem to care much about the topic when it hasn’t personally affected them or their loved ones.

Many are under the impression that it isn’t that prevalent of an issue. They don’t realize that it is something that is occurring regularly in the very churches they attend!

But if we leave it only to those who have experienced abuse to care about this topic, how much change is there going to be?  They’ve already gone through it; they can’t change the past.

However, if the church will rise up to listen and learn from those who have been there, we can help to change the future:

1. By saying we are not okay with abuse, especially abuse that is occurring right under our noses in the church and which is blasphemously done in the name of God

Jesus said those who follow him will be known by their love to one another. I can think of no better way to love both the abused and the abuser than to refuse to enable the sin of oppression and to tangibly care for those who have experienced it. 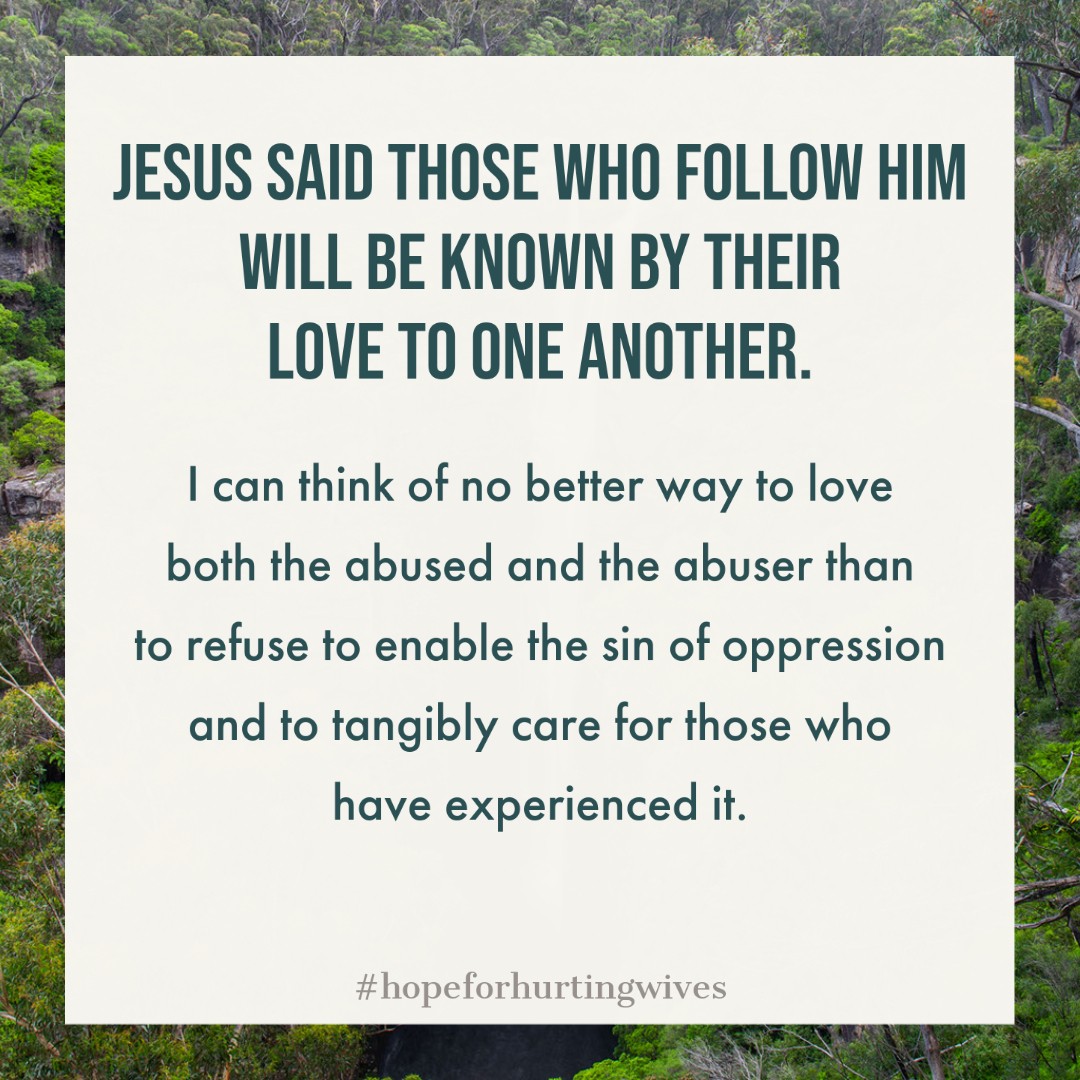 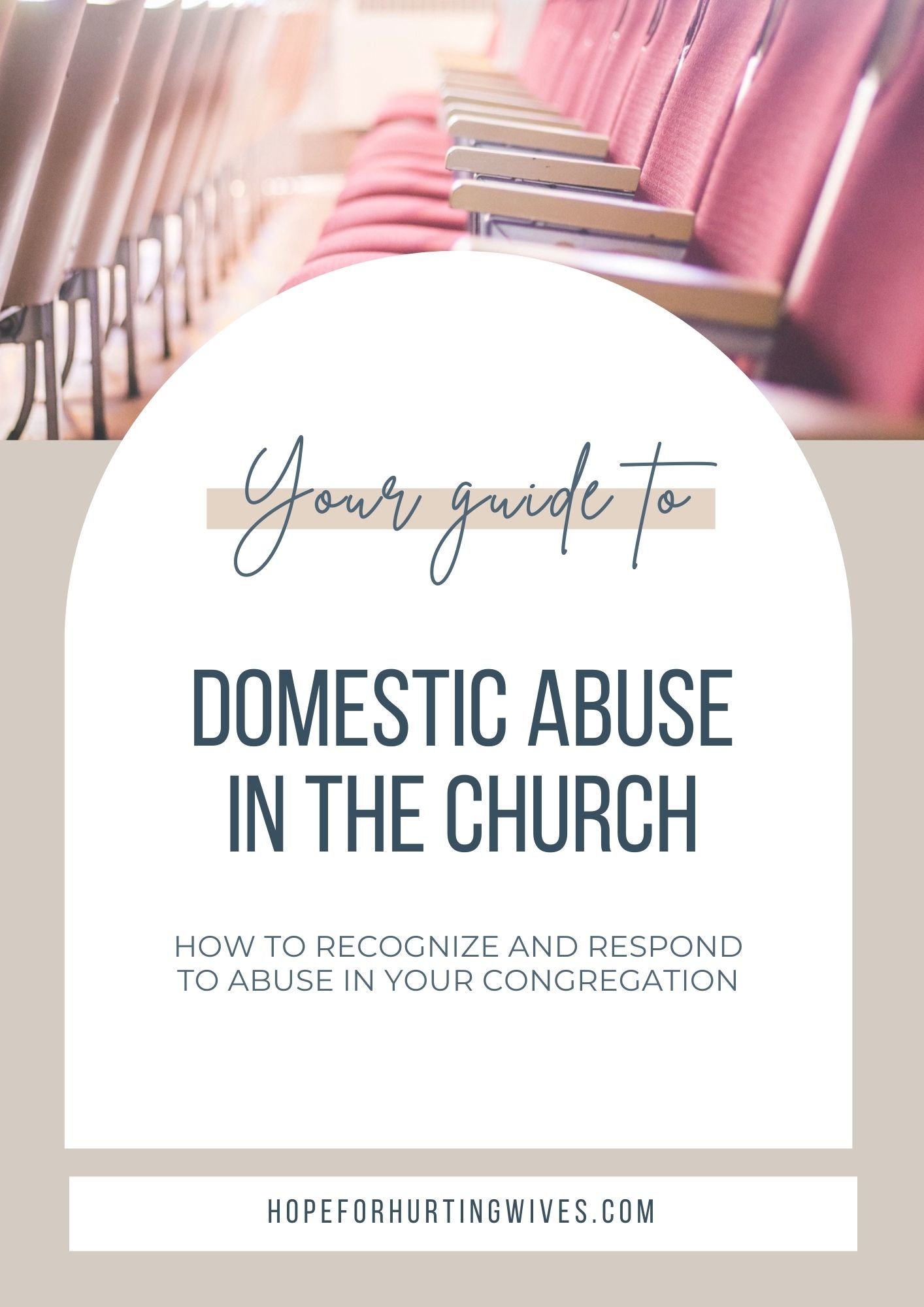 How to recognize and respond to abuse in your congregation

Domestic Abuse is a Pattern, Not an Incident
Why God Hates Divorce
Why Most Christian Marriage Advice is Harmful to Abuse Victims
Can We Stop Treating Christian Wives Like Glorified Prostitutes?
7 Reasons Victims Miss Red Flags of Abuse