Have you heard that God hates divorce?

Have you been discouraged from pursuing divorce from an abusive spouse because divorce is something to be avoided at all costs?

The problem with using the phrase “God hates divorce” to discourage any divorce is that the context of the scripture passage from which this idea comes is not taken into consideration.

Malachi 2:16 is the verse from which the phrase “God hates divorce” is derived. Depending on which version of the Bible one reads, the verse may or may not word it exactly that way. Some people believe that the Hebrew could more correctly be translated, not as God doing the hating, but as the man doing the hating.

For example, the Christian Standard Bible translates it,
“If he hates and divorces his wife,” says the Lord God of Israel, “he covers his garment with injustice,” says the Lord of Armies. Therefore, watch yourselves carefully, and do not act treacherously.

(Marg Mowcszko has more information about various translations of this verse here.)

However, regardless of which version you prefer to read, it is important to read the full context of the chapter to understand the point of what God was saying to Israel through the prophet Malachi. When read in context, it is obvious even in versions that say God hates divorce, that this passage is a rebuke toward men who had treated the wife of their youth treacherously. Treacherous means guilty of betrayal or desertion.

It wasn’t the fact that women were divorcing their husbands that God was condemning. That’s not what was happening. The condemnation was toward men who were betraying and abandoning their wives.

I hate that so many women* find themselves in the position of having to separate themselves from an abuser who was supposed to love and care for them. I hate that their abuser broke the marriage covenant. I hate that these women are looked upon as someone who committed an atrocious sin by protecting themselves and their children through the avenue that God provided for them — divorce.

He doesn’t hate the one who does the divorcing; he hates that abuse and betrayal made divorce necessary.

Scripture is not a rule book to bind and enslave you. Instead of looking for a list of rules to keep, look for God to reveal Himself to you. If you are suffering the effects of abuse, he is not standing ready to berate you if you break his “no divorce” rule. He has no such rule. He only has a heart of love that invites you into his presence. 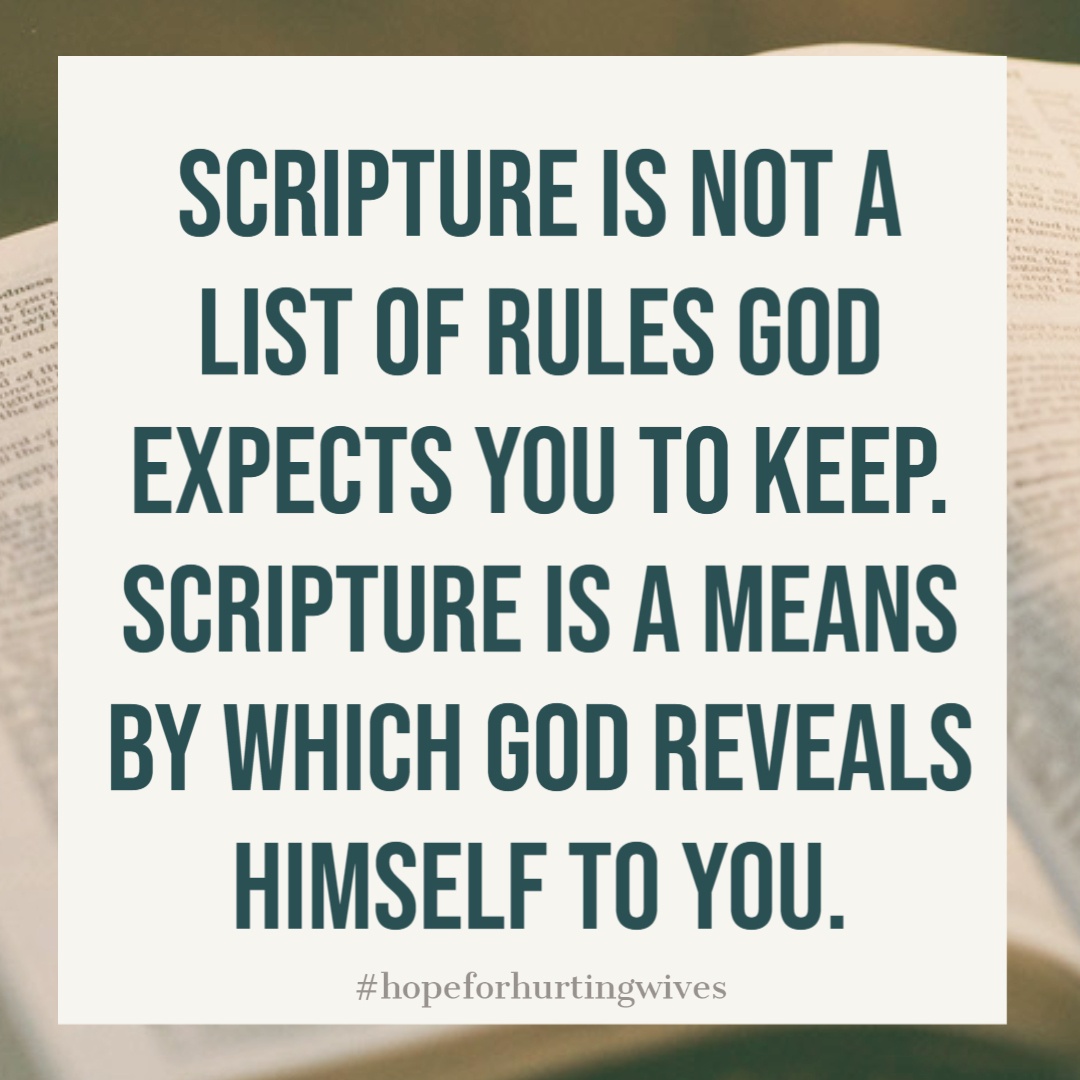 More resources on what scripture teaches about divorce:

Full list of articles, videos, sermons, and podcasts to help you study the topic of divorce

*Since this website is directed toward wives, I refer to victims as females and perpetrators as males. Because males typically are in a position of greater power, abuse is most often perpetrated from male toward female. However, I do recognize that sometimes abuse can go the other way around and in no want to dismiss the reality of male victims.

Why Most Christian Marriage Advice is Harmful to Abuse Victims

Do You Want to Be a Safe Person for Victims? You Must Develop This Skill.

Domestic Abuse is a Pattern, Not an Incident
Why God Hates Divorce
Why Most Christian Marriage Advice is Harmful to Abuse Victims
Can We Stop Treating Christian Wives Like Glorified Prostitutes?
7 Reasons Victims Miss Red Flags of Abuse